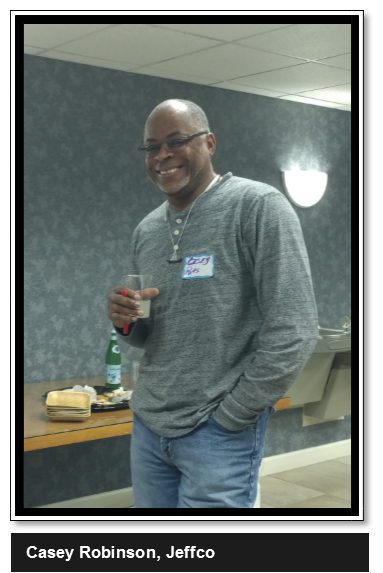 Let’s hope you never have a flat tire and are left stranded on the side of the road. It could be a scary, unnerving experience.  Some people don’t realize their vehicle comes with a jack, tire iron and spare tire.  Some people may know it’s there –but don’t know how to use it, that’s when they call AAA to the rescue.  AAA charges dues and some people never use their services, but it is reassuring for them to know they are there.

Fees are paid to AAA, and their services may never be used. Same is true with JESPA, but the Union gives us peace of mind, support and someone to talk to when we need guidance and assistance.

As an example, I paid Union dues for six years working at UPS in Sunnyvale, California. Four days before Christmas, my young, inexperienced supervisor ordered me to work through my break. It was 3:30 AM, it was cold and we were in the middle of the Christmas rush.  I told him I needed my break.  He told me if I did not work during my break he would fire me. I informed him of my legal rights according to Union and state laws and that I was entitled to lunch and breaks. He still stood fast and ordered me off the premises. I was fired!  So, I went home.

The next day, a Union Representative called me and asked me to come back to work and they would mediate a meeting. My Union rep told UPS they could not fire me for not working during my break.  I immediately got my job back with full pay and an apology.

Even though I paid Union dues for six years I never needed them, until then. It was comforting to know they were there and had my back. The Union was my AAA with the tools I needed.

As a member, I feel confident that JESPA will be there for me in an unfair situation.  You never know when you will need them.  Continued membership and involvement are needed! 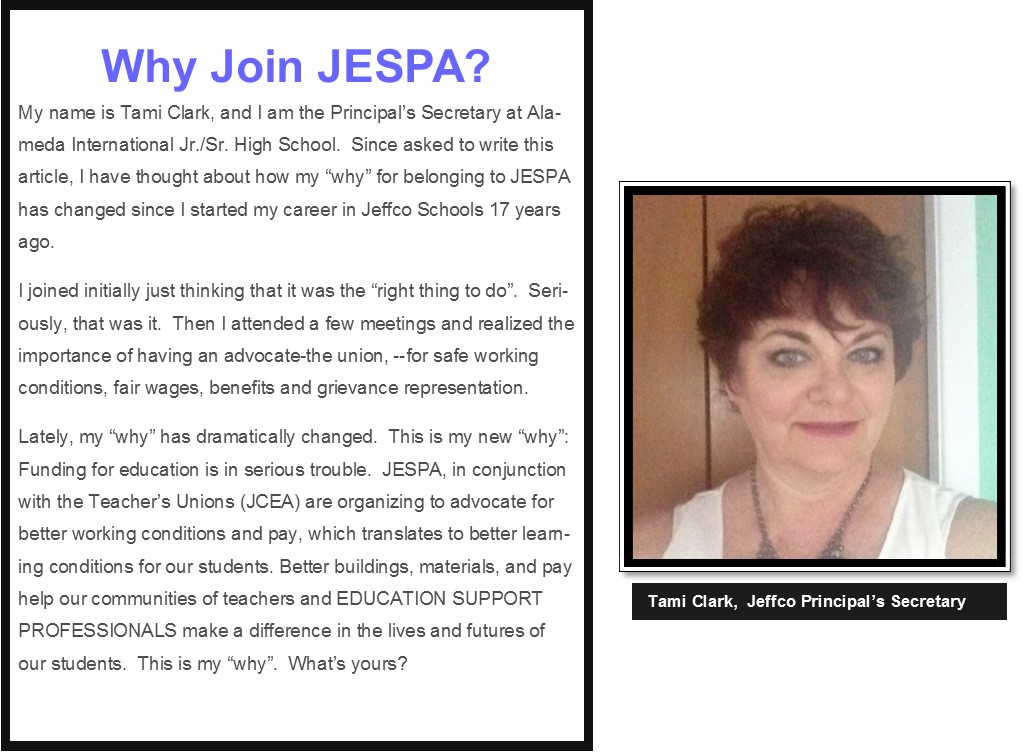