Paraprofessionals and Health Aides: We need your voice! 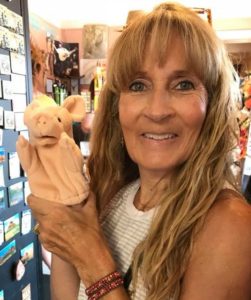 We’ve been told that Jeffco is currently looking at about a $33 Million cut in the budget for next year. Teachers and ESP had to go through a 3 year period of pay cuts and freezes, totaling about $90 million over that 3 year period. Our pay has not been made whole from that. We need to keep cuts this year away from the classroom and the individuals who have direct contact with our students – that being teachers and ESP. (ESP – Education Support Professionals: Paraprofessionals, health aides, paraeducators, secretaries, food service, bus drivers, custodial, maintenance, tech support, security)

As a 13 year kindergarten para with the district, I was one of the employees who endured the pay cuts and freezes. I can’t tell you how many ESP and teachers in our district, and across the country, already have to have second and third jobs to make ends meet.

Our district is currently short 50 bus drivers, that’s why the buses are late so often, they’re having to drive more than one route. We’re short custodial staff and really short in food service. Paras get their hours cut – All. The. Time. The teachers and students I work with don’t need LESS support than they have had in previous years, and will probably need even MORE support next year coming off of remote learning (which our educators are doing a fantastic job with, especially having to learn how to implement totally on the fly!).

That being said, I fear that I and my fellow paras will have our hours cut once again because of budget shortfalls. When this happens we lose good staff, staff that our students depend on, staff who students know and that the students have built relationships with, and staff whose continued presence gives our students the consistency that is so important in their education “career”. We love our students and our jobs, but we also have to make a livable wage.

Principals try and do the best they can with their budgets, but the money only goes so far. We have paras whose hours were cut last year and despite the raise we negotiated for this year they’ve essentially taken a pay cut because of reduced hours. We have a salary schedule you can find on the district website. There are step increases that don’t happen every year so there are years when we may just get a negotiated cost of living raise (COLA), which to be honest can be pretty insignificant. On a personal note, last year I was excited to have FINALLY gotten to one of the step increases, it’s been several years since my last one. But even with my long awaited step increase, our negotiated raise and our COLA, I’m making a couple hundred dollars LESS than the year before because of a .75 hours a day hour cut. You can imagine how discouraging this is. Again, the number of hours a day my support is needed is not less than before, I’m just trying to get it all in in fewer hours a day. Imagine if you will, working with students during math, you have 7 students circled around you, 2 of them literally in tears, and the other 5 either frustrated beyond belief or just sitting there waiting for you to get to them with their individual question about the worksheet. Clock strikes 1:30 and you’re supposed to get up and go home for the day, leaving students frustrated, crying and clueless as to what to do. It’s heartbreaking and frustrating for me too. It makes ME want to cry!

You can find paras all over this and other districts that will tell you similar stories. This is not ok. This is not what’s best for students. We’re failing to support our students and our teachers, through no fault of the paras. We’re dedicated to our jobs and to the students that we serve.

If you want to get more info on our district’s budget and hear the conversations that will be going on between the teachers association (JCEA), the ESP association (JESPA) and the district, our negotiations are open to the public and/or can be streamed live through the school district website. School Board meetings are as well and this time of year they’re getting budget updates at each meeting. They’re also archived so you can watch them at a later time than when they’re live. Schedules for all these negotiations and meetings can be found on our JESPA website calendar.

I’d like to hear more about the work you are doing while school has been closed. Please take our JCAP survey and let us know what you’ve been up to. 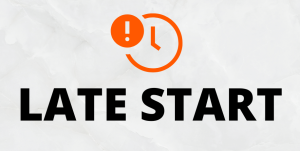 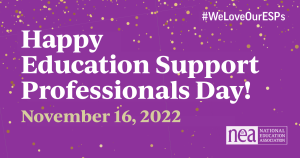 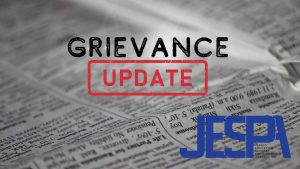