We’ve received word that the Early Learning Office has committed pay back unpaid wages for attending district training in order to resolve the JCPK Class Action Grievance! JCPK has been offered a settlement over the grievance we filed regarding Dawn Odean’s decision to offer unpaid “optional” trainings during the 2021/2022 school year.

JCPK members and supporters began this fight by signing a petition early last year which moved us to file a grievance over this contract violation and illegal practice in April 2022.  If you missed what happened over the summer, here’s a recap of the step two grievance meeting:

Though JCPK had lost the step two grievance, we were fully prepared to move on to arbitration.  As we awaited scheduling arbitration, we were approached by the district with a settlement offer.

This is a HUGE WIN for JCPK!

In order to settle, we need to know which 2021/2022 trainings you attended to ensure your back pay is issued correctly.  Please refer to your email to find the link to report your training.

Congratulations to all those involved in this fight!! Well done for joining JCPK, standing together, signing the petition, and raising our voices as one in opposition of this illegal practice. Our collective action worked. 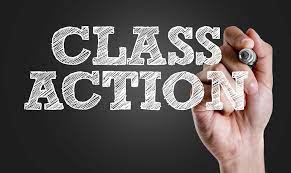