In August, the EEOC found reasonable cause that Jeffco violated the Americans with Disabilities Act when it denied reasonable accommodations and forced Jefferson County Education Support Professionals Association (JESPA) member Ron Patterson on leave and then terminated him.

Through conciliation, a settlement was reached.

The District agreed to:

Congratulations to Mr. Ron Patterson for fighting for justice.  His case has already made change for others that have been mistreated in Jeffco. 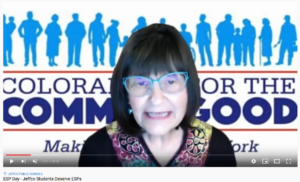 5 of 6 JeffCo School Board Candidates Commit to our Agenda